Prompt-a-palooza: Week One – It Begins

Everyone needs help sometimes. Your in a situation where you can’t figure out the next scene or you just are in an idea drought much less get them flowing. Let’s say you may have even looked up prompts before and you’ve never found one that you liked or you found one you liked only to discover it’s a #fakeprompt and you’ve seen it at the theater or on tv. Perhaps you even realized it was part of a story, book, or even part of one you read!

Sounds like you need something fresh! Why not try some of my personally created prompts? I’ve been called lots of things and people have said a lot of things about me, but lacking in talent or creative ideas isn’t one of them. I will say that none of the starters/prompts I’ll be sharing are any I’ll be using. The ones I am going to use are going to be kept close, behind locked doors, and among my piles of napkins, notebooks, and bits of pieces of paper I’ve scribbled on.

This will continue for 11 weeks with a marked halfway point.

Light illuminates the night, but not because the sun is rising. It is happening because the end of the world has begun. It is the rapture.

The dead have risen and as you look outside to see what has come of this new night-day you see walking corpses. Some walk stiffly, they are the newly deceased. Some walk more mangled with magic forcing their exposed bones to flex at the joints without muscles. Some appear in other states of decay.

← The Word: A Journey into Fantasy with C.R. Garmen
April’s Newsletter is Out → 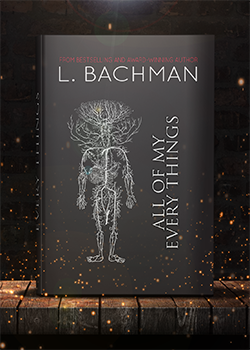