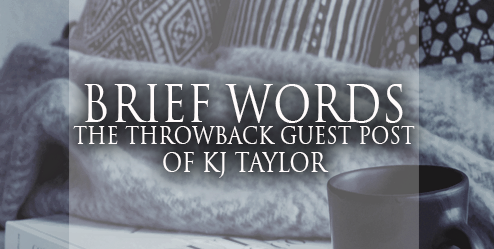 My name is Katie, and I’ve been an author my entire adult life. I published my first novel in 2006 with a large mainstream publisher. In 2009 my second came out with another. Five more followed, and everything seemed set.

But by 2015, everything had changed. eBooks had been a thing for some time, and book sales were down across the board – even for bestsellers. The big publishing companies had chosen to invest heavily in the eBook market, a move which did not pay off as well as they likely hoped it would, as many readers decided the format did not suit them and for some “electronic books” appeared to have been nothing but a passing fad. On top of that Amazon had cornered the eBook market and few other platforms survived for long. By now hemorrhaging money, the “Big Five” stopped renewing contracts with many of their mid-level authors and many editors and other publishing professionals lost their jobs.

I was one of the many people to lose out. In 2015 both of my publishers told me they weren’t going to publish the next installment in the series I had begun in 2009. I was effectively out on the street with a half-published series, fans asking when the next book would be out and an agent shrugging helplessly as every other mainstream possibility turned us down on the grounds that they did not want to pick up a series halfway through (or in one case, went into receivership before they’d even read the manuscript).

I had no idea what to do, so I turned to my friends. Their advice – go indie.

There has long been something of a class system in the publishing world, which to my regret I must confess I once ascribed to myself. “Real” authors got their books out through big shiny corporate publishing companies and that’s it. Self-publishing was for untalented losers who couldn’t take no for an answer. Indie publishing was for cults and conspiracy theorists. Certainly, when I became an indie author several people I had thought were friends suddenly began acting as if I didn’t exist, or began making passive-aggressive remarks about my “failed” career.

But the landscape has changed and is still changing. If those stereotypes were ever so they no longer are. I entered the independent publishing world hopelessly naïve and unsure of what I was getting into, and as it is in any business I learned a few painful lessons along the way. What I found was a world where many others are still finding their feet, but were, for the most part, everything was less impersonal, and there was far more creative freedom. The companies I’ve begun working with are not owned by faceless bean counters, but by other artists, for artists. There’s less money invested, of course, but in some ways, that’s a good thing. Too much money on the line makes any company overly conservative and averse to taking risks, which is why so much mainstream fiction tends to be rather samey – blockbuster movies even more so. Diversity is encouraged and there is far less preferential treatment shown toward white male authors, which was an issue I had to deal with many times as a mainstream author. The experience is more collaborative, and as the author, you feel less like a supplicant and more like a partner.

Some people are now declaring that independent publishing is the way of the future, and perhaps it is. Time, as always, will tell.  I for one am optimistic.

Some links contained in the above interview may no longer work properly. Images may have been lost over the years as well for some interviews and older content.

This is an older piece of content being re-posted.

Originally, this blog post began as an essay of what I’ve seen others doing wrong with a different title to help others avoid the mistakes, but when I stopped working on it I realized I had made many of these mistakes myself, even recently! I wanted to step back and start over when I became more educated by some professionals in specific fields of the industry. This mentorship of sorts has enlightened me.

The Word began as a writer’s corner/writer’s stories/advice column of sorts to help others learn from my mistakes, give an outlet to fellow authors, share my knowledge, and try to help fellow poets and writers. One thing I’ve talked about the most is growth and being open-minded enough to learn as much as possible. This means I’m on a journey along with everyone else and I want to share what I’ve learned.

The Problem: Promoting too early

My Mistake: I would drop hints, clues, and teasers to create a buzz, but I would start months ahead of release dates. I wanted to create a buzz. I knew I should. This was poor marketing on my part. Which surprised me, I have written about marketing, but I’m not a publicist nor an expert in this field. Give me a photo and ask me if it’s photoshopped I can usually tell or ask me to write a short story, hold my drink, and watch me pound the keys!

What I’ve Learned to Correct This Problem: Promoting too early is a mistake. Months ahead of time is completely too early. 6 weeks ahead of release is the key number I’ve learned from authors and book publicists.

Promoting too early sucks the life out of the book. Any interest for a book will fade by the time it releases. The most active time is the month of and the months after, the peak time is the day of.

The Problem: Giving Up

My Mistake: Self-doubting myself has always been an issue. It’s led to me wanting to give up completely. I felt like a ‘bad writer’ multiple times and wouldn’t work on manuscripts or would force myself to move forward shakily.

What I’ve Learned to Correct This Problem: NEVER give up! Taking care of yourself isn’t giving up. It’s healing yourself to continue the journey. I know I’m not the only writer in the world with worries, concerns, and the ‘bad doubt demons’ whispering. I used to write every day, but over time I stopped doing this.

I’m changing my course and getting back to the good ol’ spooky writer that I am, as I never left just got lost in the mist. I will also say one nice thing about myself every day to pump myself up.

Today’s Self Compliment: I’ve survived so much, I can survive today too.

What I’ve Learned to Correct This Problem: The solution was more self-care. Taking a break more than for a little amount of time. Stepping away from projects I’m working on and declining the ones I don’t want to do. I’m no good to anyone if I’m a mess. Never burn the candle at both ends again.

My Mistake: Not communicating enough was a problem I didn’t realize I had. I replied to people, but never really dug deep into things. I never really commented in communities. I’m very aware of my own introverted nature. I don’t enjoy being on camera, don’t like my picture taken, and if you’ve followed me on Facebook, you’ll see even in a recently found older picture of myself I wasn’t happy about it.

What I’ve Learned to Correct This Problem: Though I would join communities around the net, but mainly to watch, but this year has grown to be a full-blown change. I’ve been responding to comments on other website during the Silver Daggers Book Tour, here on WordPress, and more throughout my social media.

I follow a fair number of writers and creators on social media and noticed some of them discuss their creative process a lot more than I do. I’m fairly reluctant to talk about the fundamentals of storytelling and the various projects I have in development (mainly because I have no idea what the hell I’m doing, anyway), but I feel it’s healthy to step out of my comfort zone every once in a while. So here we go.

To construct a story you have to make a decision about what one of those elements will be and then build up from there. I like to think of a story as a tower and all of these elements are your building blocks to create it. The bottom block is the most important as it will answer the question “why.” Why is this story important to tell? Why do you want to tell it?

Personally, I believe the most important aspect of a story is theme. It is the central tenant to which every other element can rally around. It gives my story a purpose. A punch. That said, it doesn’t have to be. There are plenty of stories that don’t start with a theme at all. Comedies, for example, are more interested in tone, as they want to set up a good laugh. Romance novels might be more focused on characterization, as they want to see their protagonist fall in love or triumph over a heartbreak. Sometimes setting is the most important factor, such as in a period piece or a story built around a particular event.

Now even though this first block might be the most important, it is also probably the easiest to develop. Because it’s your “why”, the work is already done for you. It’s your driving force behind wanting to develop a project. The trick to a good story are the blocks that come after. The ones you have to creatively mold in order to flesh out your tale. And it’s not just what you’re choosing to put in those blocks that matter. It’s also the order in which you stack them in. Since each block is built upon the last, if you realize too late that one of those blocks was a bad choice, then the others that came after it will also be affected. This process is supposed to be fun. Writing is a crazy endeavor. People isolate themselves for vast periods of time while staring at a screen, banging on a keyboard, and wrestling with their own thoughts. But we do it because it’s enjoyable! The minute this painful process starts to become…you know…actually painful…then stop, change out a couple blocks, and see what fits better. Maybe the setting should be in space instead of the Wild West. Maybe it should be a horror instead of an adventure. Maybe the main character should be a boy instead of a girl. Or you could just do what I do whenever a story doesn’t seem to be working: add zombies.

Are you in the publishing business? Are you hybrid, indie, or self-published? Do you have some advice you think might help others in the business or would like to share your experience? A new page on the website has opened for you to find all you need to know to submit your articles to the website so that we can continue to share and help each other! All these submissions will be found under The Word: Writing Advice category upon publishing.

This isn’t just limited to writers/authors. I’m welcoming formatters, editors, designers, artists, publishers, podcasts, and all those that want to take part to submit. The only limitation is that you must be in the publishing business!

Check out the new submissions page.

Before you ever step forward with your finished manuscript there are choices to be made. Are you going to self-publish or submit to a publishing house? What the hell does it mean to be a hybrid? What’s a vanity press? I hope today’s post helps answer some of your questions.

Things to consider or remember:

Did any of this help you? What has? Share your story in the comments!